Over the last years Paypal has firmly established itself as a mainstream online payment provider with millions of users worldwide. An increasing number of international airlines offer Paypal as a payment method for flight tickets.

Many people prefer paying by Paypal for convenience and security as they often do not have to fill any credit card details directly online during the transaction.

Here are a few things to bear in mind when using Paypal for flights:

*Before booking you should already have a Paypal account, which is relatively simple to set up.

*Be aware that some airlines can have various restrictions for making Paypal payments. Paypal may only be available for residents of certain countries or for payments in specific currencies.

*When considering using Paypal as a form of payment do check the fee the airline charges – and compare this to other forms of payment that may be available.

*When paying by Paypal it is possible to make the payment via a credit card, debit card, bank transfer or using any positive balance in your Paypal account.

*For those who do not have, do not want or cannot get a credit card, then Paypal does offer an alternative payment method for flights worldwide.

*In the US, Paypal also offers Paypal Credit (formerly BillMeLater) which allows users to defer payment for 6 months. A limited amount of airlines let you pay with Paypal Credit.

At AirTravelGenius.com we’ve published the Paypal airlines list annually since 2008 as well as updating the list accordingly whenever necessary.

This is the 13th year of our Paypal list and the 2020 version contains 78 airlines. The latest additions are Air Niugini, Luxair, Virgin Atlantic, Viva Air and Qantas. Here is the full list is in alphabetical order:

To make the list easier to digest, let’s split the airlines that use Paypal by continental region:

Airlines that Accept Paypal (2020) by Region

Most of the major airlines in the US and Europe are now taking Paypal payments.  Use of Paypal by Middle-Eastern and Asian airlines has been slowly growing. Major travel agents/flight websites such as Cheapoair and Hotwire can also accept Paypal for flight bookings.

In Oceania we note the recent additions of Air Niugini and Qantas but the continued absence of Air New Zealand. Note that Australian travel agents Webjet, Jetabroad and Flight Centre have long accepted Paypal for domestic and international flight bookings.

When we undertook the first survey in 2008 there were only 9 airlines that accepted Paypal!

Interestingly only 4 of the original 9 airlines remain operational, as a result of past bankruptcies and takeovers.

Here are the dates of the 12 airlines which first started accepting Paypal in 2007 and 2008:

To this day Paypal remains an important payment processor and the current list should slowly expand further. We are also seeing new forms of payment such as Bitcoin (and other crypto-currencies) hitting the mainstream. In July 2014 AirBaltic became the first airline to announce it would accept Bitcoin on its website.

The main Paypal Airlines List is always a fluid work in progress, so if you know of any other airline that we may have missed out please drop us a line! 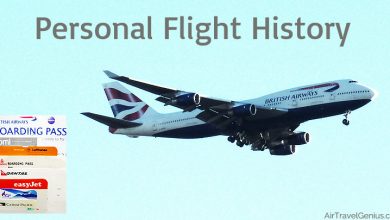 How To Find Your Personal Flight History 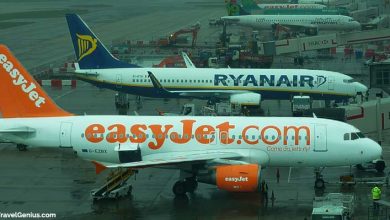 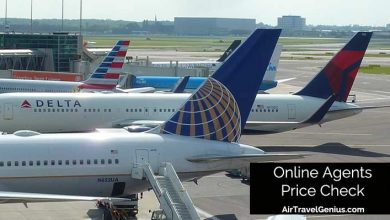 Expedia vs Priceline vs Cheapoair vs Orbitz vs Travelocity