Long range business jet airliners from Boeing and Airbus are the largest private aircraft on the market.

Boeing Business Jets (BBJ) is a joint venture between Boeing and General Electric. It sells narrow-body VIP aircraft based on the reliable Boeing 737 series; it also sells wide-body VIP aircraft derived from the Boeing 777 (200LR and 300ER), the Boeing 787 (-8 and -9) and the Boeing 747-8, the latest stretched version of the iconic 747 jumbo.

Airbus Corporate Jets (ACJ) are offered by Airbus. The narrow-body VIP aircraft are based on the A320 family. The Airbus wide-body corporate jets are based on Airbus A330/A350/A380 series aircraft.

Airbus and Boeing narrow-body aircraft can carry between 8 and 50 passengers in great comfort and can be configured with lounges, boardrooms and bedrooms. The planes are fitted with extra fuel tanks to handle longer range flights. They can also be configured as airliners with anything up to 200 seats.

The wide body aircraft can carry 25-50 passengers in VIP comfort and can be configured with offices, lounges, boardrooms and bedrooms. Some parts of the aircraft can be set with denser seating arrangement so that large delegations can be carried.

Let’s take a look at a comparison between Boeing Business Jets and Airbus Corporate Jets.

The costs of Boeing Business Jets represent the average USD price (2015) quoted by Boeing of the current fitted aircraft delivery. Likewise, the cost of Airbus Corporate Jets is given as the average USD price (2015) given by Airbus of the current fitted aircraft. Obviously the cost of customised fittings can add tens of millions to the price.

How Much Does a Long-Range Gulfstream Jet Cost? 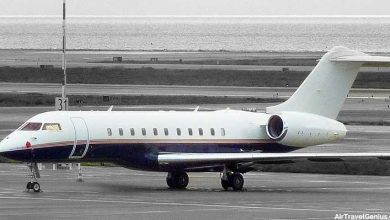 How to buy a private jet 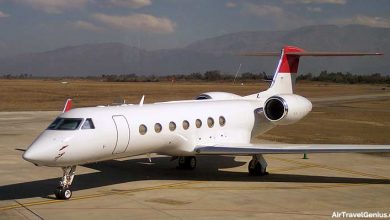